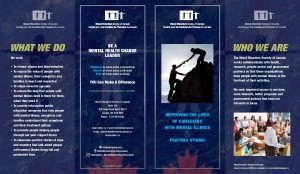 Board and Staff
Membership 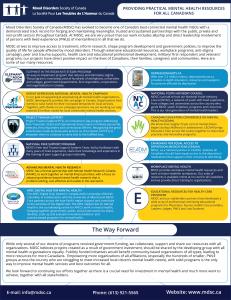 The Mood Disorders Society of Canada (MDSC) has evolved to become one of Canada’s best-connected mental health NGOs with a demonstrated track record for forging and maintaining meaningful and sustained partnerships with the public, private and non-profit sectors throughout Canada.

Collaboration is an MDSC operational principle. The Society fulfills its mandate through an active partnership approach that engages like-minded organizations in the public, private and voluntary sectors. The MDSC is engaged on an ongoing basis in a wide range of projects and initiatives designed to support the inclusion of persons with disabling mental illnesses in Canadian society and has taken a lead proactive role in public policy and program development in many capacities on the national stage.