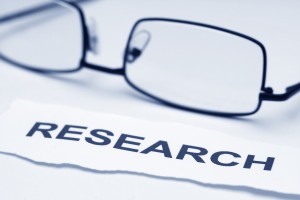 Having access to new innovative depression medications is crucial, yet a ground-breaking national report card issued by the coalition of Canadians for Equitable Access to Depression Medications (CEADM) highlights the huge access gap for millions [...]

Treatment Resistant Depression (TRD) is a significant mental health issue with wide ranging impact on Canadians, families, communities and the health care system according to the findings of the April 2018 national survey on TRD, [...]

Why MDSC? Leadership: PTSD/Trauma in Canada. Why the Need for Sustained Leadership in Canada?

Research, education, and training in the science, diagnosis, and treatment of PTSD and stress-related disorders in Canada have been fragmented to say the least. As a result, the demonstrated need to effectively advance the clinical care and social welfare of Canadians and their families who have experienced trauma, or who suffer from PTSD has been lacking.(PDF)

Psychological Health & Safety in the Workplace – Prevention, Promotion and Guidances to Staged Implementation. 2013.

MDSC supports the Mental Health Commission of Canada’s voluntary standard to provide systematic guidelines for Canadian employers that will enable them to develop and continuously improve psychologically safe and healthy work environments for their employees. (PDF)

MDSC supports the Canadian Medical Association’s call for each province and territory to implement a Patient Charter, within a national framework, to provide accountability to patients. MDSC was involved in stakeholder meetings assisting the CMA develop a Charter for Patient-Centred Care. MDSC supports using this Charter to as a model for enhanced efforts to make the system more accountable to those who matter most: patients.Factsheet (PDF)

Building Bridges is a joint project of Mood Disorders Society of Canada and the Native Mental Health Association of Canada, which received funding support from the First Nations and Inuit Health Branch of Health Canada. Launched May 2009, Phase 2 builds on the work of  the Phase 1 Symposium  held November 2007 (see Phase 1 posting below). The aim of Phase 2 was to develop: 1) a national agenda for research on cultural safety and cultural competence, and 2) a national strategic framework for improving culturally and linguistically competent and safe services in mental health care for mental health consumers and Aboriginal peoples. Phase 2 also focused on investigating and determining which cultural and social institutions need to be restored or re-built in order to accommodate cultural safety. Read more about the project and the results of the forums conducted in communities across Canada.  Final Report (English PDF);  Schedules A – E (English PDF).

Brief to the Canadian Agency for Drug and Technologies in Health (CADTH), January 2010

Stigma research and anti-stigma programs:  From the point of view of people who live with stigma and discrimination everyday. March 2009

This paper examines the contributions and limits of stigma research. It reviews and comments on the findings from the Mood Disorders Society of Canada’s Stigma Research Workshop in October 2006 and presents further MDSC thoughts and activities.  It then documents national and international anti-stigma activities since that time and offers a series of recommendations for forward movement.  It asks the question:  What progress have we made?  Read more… (PDF English)

Frequency and Correlates of Gambling Problems in Depressed and Bipolar Outpatients, MDSC. March 2008

Problem and pathological gambling are becoming a major public health issue in Canada. Higher rates of psychiatric co morbidities, most notably bipolar disorder and major depressive disorder have been reported in populations of problem and pathological gamblers. While it has also been shown that gamblers tend to exhibit negative mood symptoms, the temporal relationship between the two has not been clearly delineated.  Read more…  (PDF English)