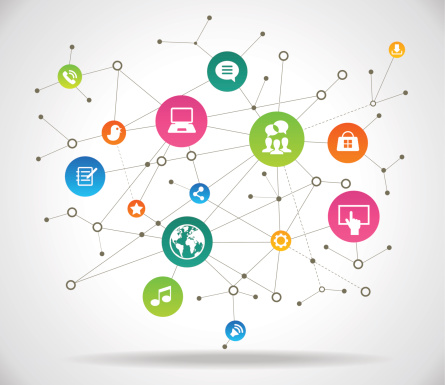 National Standard on Psychological Health and Safety in the Workplace.

Prevention and mental health programs in the workplace, and the tremendous return on saving just ONE LIFE.

Benefits Canada, ROI of One Life series, 2012. This report sets out practical, cost-effective measures to reduce the incidence and impact of physical and mental illnesses in the workplace, focusing on the use of existing tools and resources. Link to website | Link to Report

The Hurting Profession: Lawyers in Crisis.

Support for principles to guide transformation of the health care system gathers steam as patient groups sign on.

Jan 13, 2012. CMA announces that 14 patient advocacy groups have endorsed the joint CMA-CNA principles to guide the transformation of the health care system. MDSC participlated in this New Release // Report.

Voices into Action:  Report on the National Dialogue on Health Care Transformation.

The Canadian Medical Association embarked on a national public dialogue — online and at a series of six forums held in partnership with Maclean’s, L’actualité and CPAC, the Cable Public Affairs Channel. The goal was to engage as many people as possible in an open discussion of what Canadians envision for our health care system and how to achieve this. News Release // Report

Emily Maquire. London, UK. 2010. Singer/songwriter Emily Maquire tells the story behind her songs… her journeys into psychosis and depression and the hope and poetic beauty that emerge from the other side. Based on the verses of her song ‘Start Over Again’ (from her album ‘Believer’), this selection of Emily’s poetry, prose, song lyrics and personal diary entries offers a rare and unique insight into the creativity of a manic depressive mind. Link to Book & Video Clip

After Her Brain Broke: Helping My Daughter Recover Her Sanity.

My Schizophrenic Life: The Road to Recovery From Mental Illness.

Sandra Yuen MacKay. 2010 Bridgeross Communications. Early in her life, Sandra started to exhibit the typical symptoms of this disease, which came as a surprise to her unsuspecting family. Her book chronicles Sandra’s struggles, hospitalizations, encounters with professionals, return to school, eventual marriage, and success as an artist, writer and advocate. Link to publisher’s site.

8 Signs You May Be Suffering From Depression.

Zoe Cormier. (Oct 2010). Best Health. Though we may shy away from the topic, depression is a real mental health issue that will affect many Canadians in their lifetime. Here are eight signs that you might be suffering from depression. Article.

Workshop on Ending Stigma and Discrimination, and Achieving Parity in Mental Health: A Physician Perspective.

The Canadian Medical Association, the Canadian Psychiatric Association, the College of Family Physicians of Canada, and the Canadian Paediatric Society (Dec 2010). The report documents an invitational workshop to build shared understanding among physicians about the sources of stigma in the health care system, and recommend action to end stigma and discrimination and achieve parity in mental health. Read more…

GAMIAN Europe (2006 & 2010). In 2006 GAMIAN-Europe undertook an extensive pan-European survey on stigma and empowerment involving 20 countries across geographical Europe . A follow up survey in Europe is being conducted for 2010 to see if there has been any evolution in the last 5 years. 2006 Results

How Do Canadians Rate the Health Care System?

Health Council of Canada (Nov 2010). The bulletin shows that of all the countries surveyed, Canadians have the greatest difficulty when it comes to access to care in the evenings, weekends, and on holidays – anywhere other than the emergency room. Other areas where Canada did not fare well, compared to international counterparts, were around timely access to medical appointments and coordination of care. Link to Website

Healthy Minds, Healthy People: A 10-year Plan to Address Mental Health and Substance Use With a Focus on Prevention of Problems, Early Intervention, Treatment and Sustainability.

Presence and Predictors of Pain in Depression: Results from the FINDER Study.

Demyttenaere, K. et al (Sept 2010). Journal of Affective Disorders.  Issues 1 -3, pg 53 – 60. A six-month study of the quality of life of 3468 outpatients diagnosed with depression showed that 56.3% experienced moderate to severe pain and 53.6% had moderate to severe-related interference with their day-to-day functioning. At six-months follow-up after treatment, 32.5% and 28.1% respectively were still experiencing pain. It was also found that older patients, those unemployed or those with a longer history of depression had a higher incidence of pain.  Read more…

Navigating the journey to wellness: The comprehensi