Treatment Resistant Depression (TRD) is a significant mental health issue with wide ranging impact on Canadians, families, communities and the health care system according to the findings of the April 2018 national survey on TRD, by Mood Disorders Society of Canada (MDSC). The results of the survey reinforce depression is a very serious, often debilitating illness that desperately requires new innovation in treatments and collaborative approaches in the various federal and provincial mental health care systems.

Of particular concern to MDSC:

The survey clearly indicates that Canadians are calling for proactive action to recognize and address Treatment Resistant Depression. Overall, nearly all respondents strongly agree that all Canadians living with depression should be offered free access to innovative medication, while a similar portion offer the same level of agreement that all medications approved as safe and effective treatments for depression should be fully covered by public funding. Levels of agreement for both statements were generally consistent across audience segments. 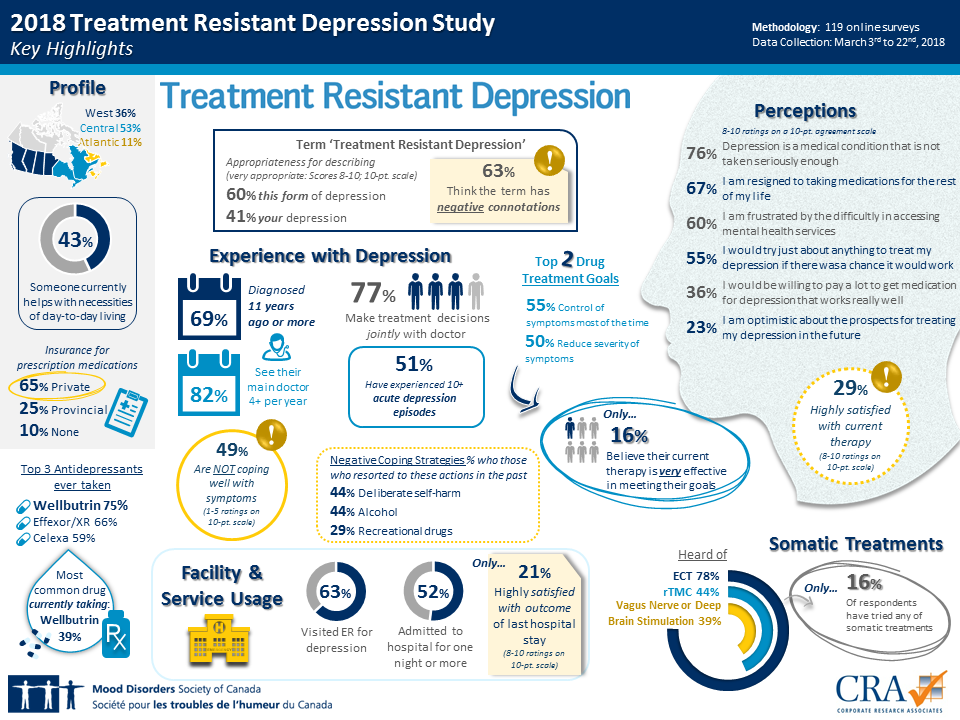