August 1, 2019 – Belleville, Ontario –Dawn Braid’s Skating School is collaborating with Mood Disorders Society of Canada (MDSC) and adopted the Elephant in the Room anti-stigma (EITR) program this year.  (Dawn Braid is a professional performance skating coach and professional hockey’s first full-time female skating coach who runs the DBS school out of Toronto).  Our little blue anti-stigma Elephant was placed prominently on the skating jerseys of hockey players from the NHL, OHL and the Lausanne HC (of the Swiss National Hockey League) who enrolled in her program.

The Elephant in the Room campaign works by eliminating the stigma associated with mental illness.  Seeing the Elephant  signifies that this person supports mental health and “here’” is a safe place to talk about mental illness and issues without feeling thought less of, judged or fear of stigmatization. Supporting these conversations is the single best thing ANYONE can do for someone with a mental health issue. 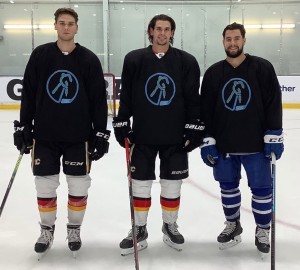 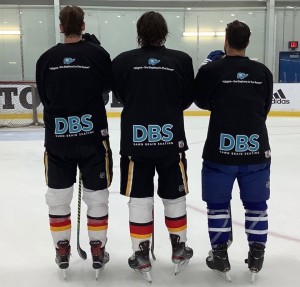 About the Mood Disorders Society of Canada:

MDSC was launched in 2001 to provide people with mood disorders, their families and caregivers a strong, cohesive voice at the national level on issues relating to mental health and mental illness. MDSC is one of Canada’s best-connected mental health NGOs and has a demonstrated track record of forging and maintaining meaningful and sustained partnerships and collaborations with the public, private and non-profit sectors throughout Canada. MDSC is engaged in a wide range of projects and initiatives designed to support the inclusion of persons with mental illnesses in Canadian society and has taken a lead proactive role in public policy and program development in many capacities on the national stage. The Society fulfills its mandate by engaging like-minded organizations in the public, private and voluntary sectors.