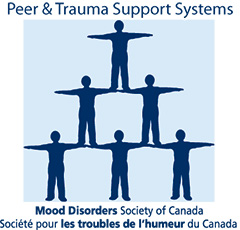 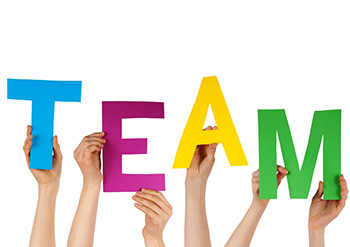 Barbara completed her Doctorate in Counselling Psychology at the University of Toronto, is certified as a Trauma Psychotherapist, Trauma Specialist, Traumatologist, Expert in Traumatic Stress and Certified EMDR Therapist. She is the Clinical Director of The Trauma Centre, which provides a comprehensive treatment program for individuals and families in the areas of trauma therapy, counselling and critical incident response. She has 30 years’ experience that includes local, regional, national and international trauma psychotherapy, training, consultation and education. She has served on boards, task groups and committees to foster awareness of trauma and PTSD. For the past 18 years, Barbara has also served as the Clinical Director of the York Region CISM Team for first responders and their families. She has received numerous recognitions for her work in trauma response.

Dr. Jeff Morley is a Registered Psychologist, and Board-Certified Expert in Traumatic Stress. Jeff recently retired from the RCMP as a Staff Sergeant after 23 years of service. In his private psychology practice Jeff works extensively with police, military and emergency responders. Jeff teaches on Psychologically Healthy Workplaces, Trauma & Resilience to organizations and first responders across Canada. Jeff also serves as an Adjunct Professor in the Department of Counselling Psychology at the University of British Columbia, where he teaches Trauma Counselling and Group Counselling.

Dr. Isabelle Gamache completed her Doctorate in clinical psychology at l’Université du Québec à Montréal and is a member of l’Ordre des psychologues du Québec. She is specialized in cognitive-behavioural therapy. She works as a psychologist for the Montreal City Police. Her work is to provide consultation, prevention and emergency response to police officers. Dr. Gamache is also a member of the trauma Studies center of l’Institut universitaire en santé mentale de Montréal. The trauma studies center is a multidisciplinary research, teaching and clinical center dedicated to trauma related issues. Primarily, she offers evaluation and treatment to victims of PTSD. In addition, in her private practice, she specializes in treating individuals suffering of mood and anxiety disorders, especially with PTSD.

Ms. Antoniazzi has been a registered Social Worker in the Province of Ontario since 1989. She worked as an Adult Protective Services Worker, including being a public trustee, and as an individual, marital, and family therapist with a Family Service Bureau before working for 17 years in the field of child protection and abuse treatment. She taught various college courses in the Developmental Services Worker, Social Services Worker, Police Foundations, and Law and Security programs for Sheridan College, and she was deemed an expert witness in the Halton and Hamilton Family Courts on child protection matters. For more than 25 years, Ms. Antoniazzi has specialized in treating persons victimized by childhood sexual, physical, and mental abuse, as well as rape, cult/ritual abuse, domestic violence, military trauma, and life-threatening events such as severe vehicular or workplace accidents. She has been instrumental in the development and ongoing training of Peer Support Teams to assist Children’s Aid Society staff in the event of traumatic incidents, and has provided individual and group therapy to victims of abuse and trauma, including firemen, police, and veterans. Ms. Antoniazzi holds an MSW from McMaster University, as well as a BA in Sociology (with undergraduate studies in Psychology and Criminology), and a BSW from the University of Windsor. She is also certified internationally in the areas of Trauma Assessment and Treatment, Critical Incident Response, and Clinical Hypnosis. She is a Certified Trauma Responder and a Certified Trauma Specialist with the Association of Traumatic Stress Specialist and she has been a member of the International Society for Traumatic Stress Studies since 2006. She is a registered treatment provider for Veterans, RCMP and Military personnel with Blue Cross/Medavie, as well as a registered provider with Health Canada, First Nations and Inuit Health Branch.

Our Lived Experience Facilitators of the Peer Support Workshops.

Syd Gravel is a former staff sergeant with thirty-one years of experience with the Ottawa Police Service. He is one of the founding fathers of Robin’s Blue Circle, a post-shooting trauma team of peers, established in 1988.

Syd is a more than thirty-one-year PTSD survivor and has been a peer supporter since 1988. In 2007, he was nominated by his peers and the Canadian Association of Chiefs of Police, and inducted by the Governor General of Canada for the Order of Merit in Policing, Canada.

Since his retirement, he has devoted all his time and energy to speaking on developing resilience and resistence to trauma, trauma management and peer support systems. He has written and published “56 Seconds” and “How to Survive PTSD and Build Peer Support.” And now co-authored the book “Walk the Talk with Staff Sergeant (ret’d) Brad McKay. In 2014, Syd developed a trail-blazing curriculum for the training of peers in Canada, based on the guidelines and practices for the selection and training of peers developed by the Mental Health Commission of Canada. Syd is currently co-leading the Peer and Trauma Support Systems (P.A.T.S.S.) Team for the Mood Disorders Society of Canada. He was also a volunteer peer facilitator for Soldiers Helping Soldiers in Ottawa. He has developed the content for the three-day peer training project – Transition to Communities for the Mood Disorders Society of Canada and is developing the content for a twenty hour on-line trauma management course through Simon Fraser University in Vancouver. Syd also proudly serves as a senior police advisor for Badge of Life Canada.

Brad McKay retired in 2015 after thirty-three years of service with the York Regional Police (YRP). In 1984, he was involved in a shooting incident that resulted in the loss of a life. At that time, there were no formal peer support or mental health programs available at YRP, so he processed the event on his own with help from his network of family and friends.

In 1989, he co-created a trauma team to support YRP members involved in police shootings. He transitioned this team into the York Region Critical Incident Stress Management Team in 1996. He is now an advisor to the executive and the alumni team lead. The York CISM Team is unique and ground-breaking as a multidisciplinary team in that it supports all first responder services including police, fire, paramedic and emergency department staff.  To enhance wellness at YRP, he started the Operational Stress Injury Prevention and Response Unit in 2013; he also created the York Regional Police Peer Support Team in 2014.  In 2016 he co-authored the book “Walk the Talk with Staff Sergeant (ret’d) Syd Gravel.

As a Certified Trauma Services Specialist with ATSS, Brad has responded to and coordinated hundreds of interventions for frontline responders and their families. Brad has been asked to appear on TV News to provide the first responder perspective. Currently Brad is providing clinically supervised peer support for mental health professionals in York Region and is the peer lead for a local yoga group for first responders based in Newmarket, ON. Brad is proud and honoured to join Syd Gravel in co-leading the Peer and Trauma Support Systems (P.A.T.S.S.) Team. This is a team of highly skilled, trained, experienced and professional peer and mental health experts from across Canada. Many of these professionals have volunteered countless hours to support front- line responders.

Brad joined Badge of Life Canada in 2015 as a senior police advisor and volunteers on two peer teams. A family man, Brad is a community-minded energetic advocate for wellness and peer support.

Deanna, recently retired after 16 years of service with the Royal Canadian Mounted Police. In 2004, Deanna suffered a permanent hearing loss as a result of being exposed to several shotgun blasts. This injury abruptly ended Deanna’s operational policing career. The sudden loss of hearing – and the loss of her identity as a police officer – contributed to her suffering a bout of Major Depression. A few years later she was diagnosed with post-traumatic stress disorder (PTSD). Deanna is determined to pass on what she refers to as “Tools in the Toolbox” for frontline service providers. In addition to professional counseling (including EMDR), she has experienced the benefits of working with horses, yoga, meditation, journaling and other alternative healing modalities. Deanna is a certified meditation teacher and brings the experience of meditation to her symposiums and retreats. In January 2015, Deanna’s memoir is scheduled to be released by HarperCollins. Her book, “Damage Done” chronicles her experiences in th